Welcome toÂ American Gods Fan Podcast,Â Episode 6Â “A Murder of Gods”. This is the unofficial podcast about the hit Starz television programÂ American GodsÂ by fans for fans as brought to you by HorrorNewsTV.com, DocRotten.com, and GruesomeMagazine.com. The Grue-Crew behind the Hannibal Fan Podcast reunites to dive into the latest blood-soaked effort of Bryan Fuller as he brings to life the acclaimed novel from Neil Gaiman! Let’s set on a cross-country trip across America with Shadow Moon and Mr. Wednesday.

Episode Six follows Shadow Moon and Mr. Wednesday to Vulcan, Virginia where they meet the one and only Vulcan (Corbin Bernsen). Mr. Wednesday convinces Vulcan to craft him a sword worthy of a god before learning of Vulcan’s betrayal. “Off with his head,” so they say. Meanwhile, Laura teams up with Mad Sweeney and Salim as they return to the Crocodile Bar. Sweeney wants to get “Dead Wife” to Mr. Wednesday to help get his magic coin back. Salim is along for the ride as Sweeney has promised to rejoin Salim with the Jinn of his dreams.

The Grue-Crew dive into the not-so-subtle context of this week’s episode, some of which is controversial indeed. The show begins with layered political comments buried in the cold opener that has a group of Mexican immigrants illegally crossing the border, getting saved by “Jesus”, and, then, slaughtered by a squad of redneck border patrols armed with rifles. If that wasn’t enough, Vulcan himself dives into the “religion” of guns. Thankfully Mad Sweeney’s constant use of “Dead Wife” lightens the tone and Salim’s delightfully innocent face softens the blow. Great stuff, fun discussion … and some listener feedback as well. 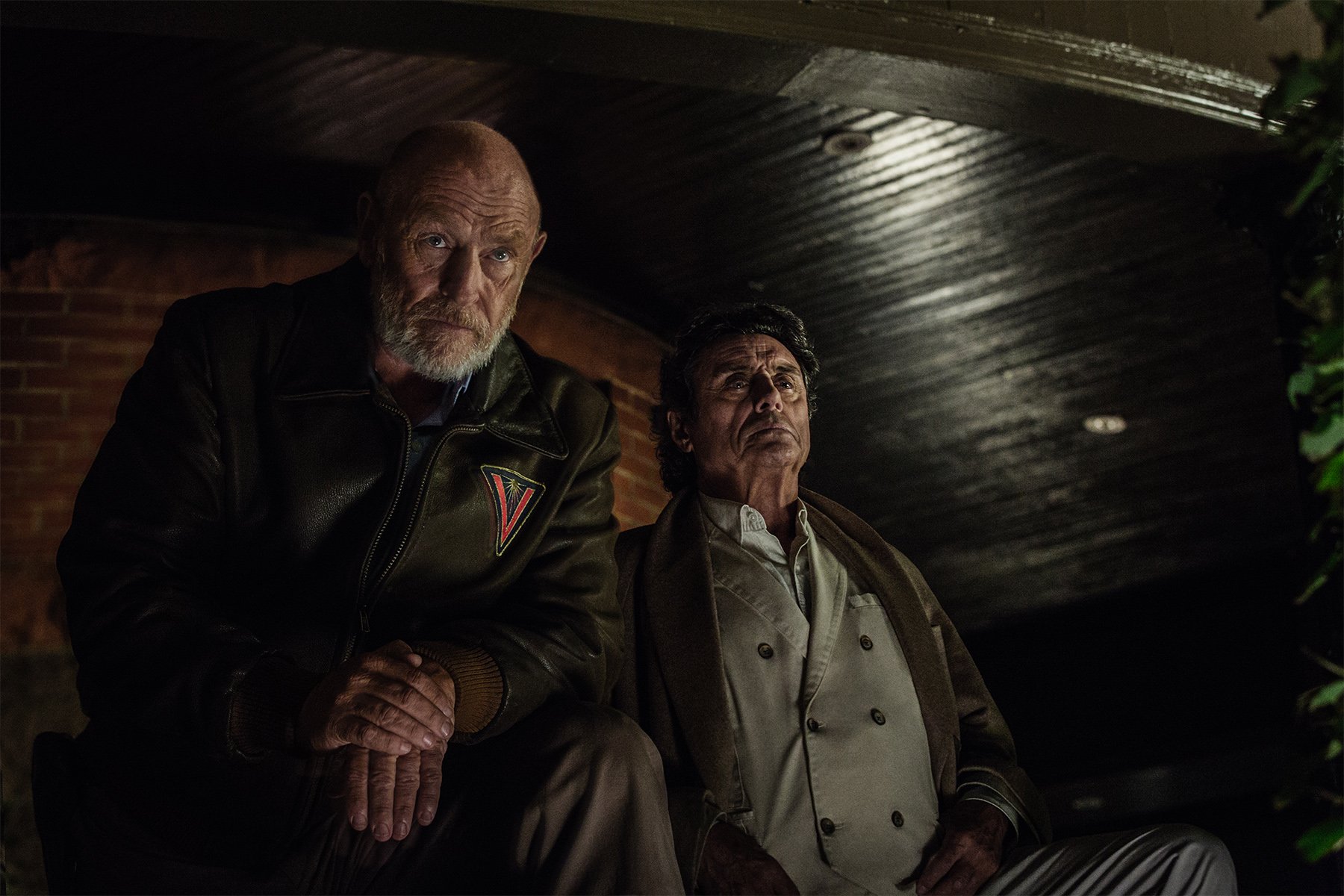 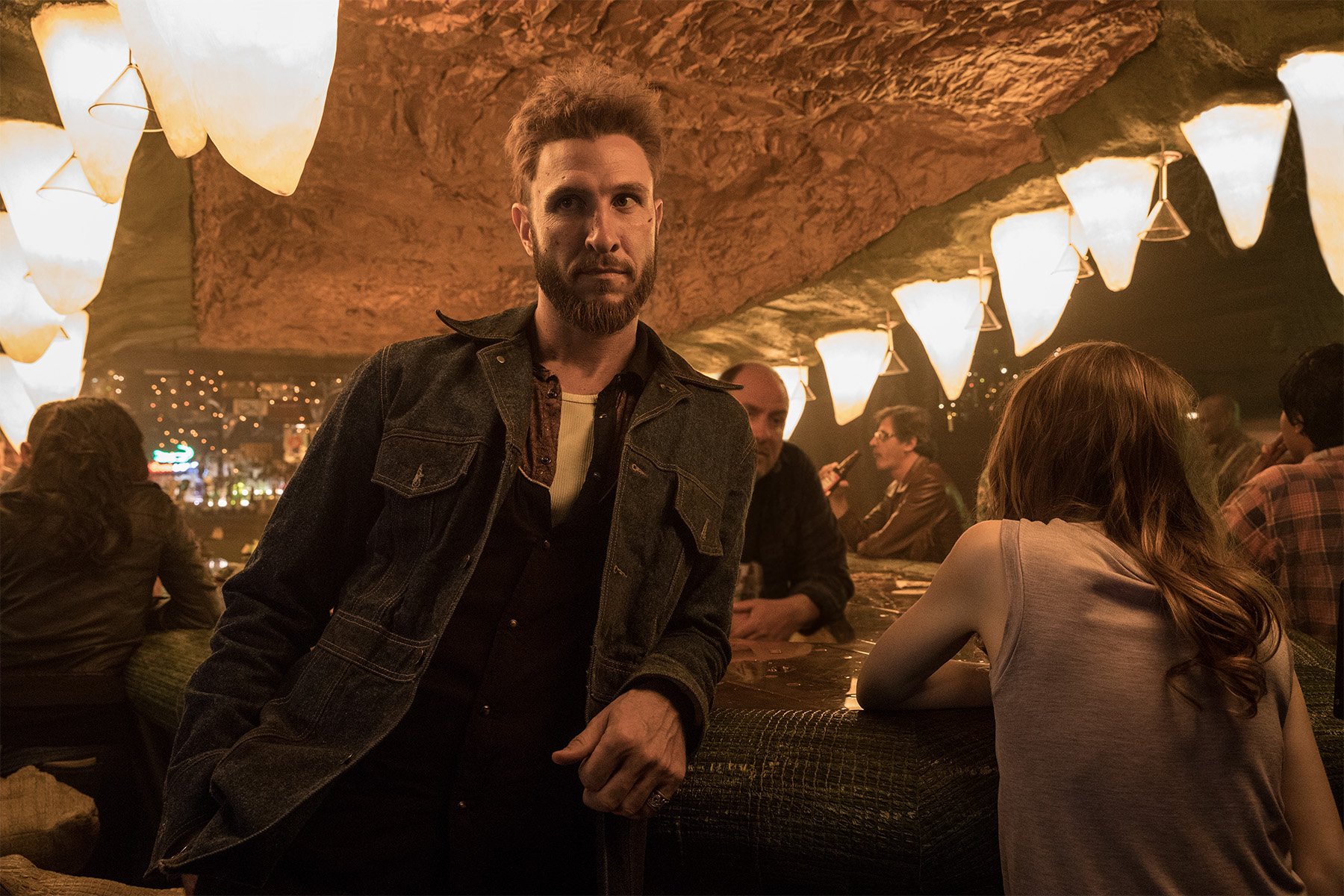 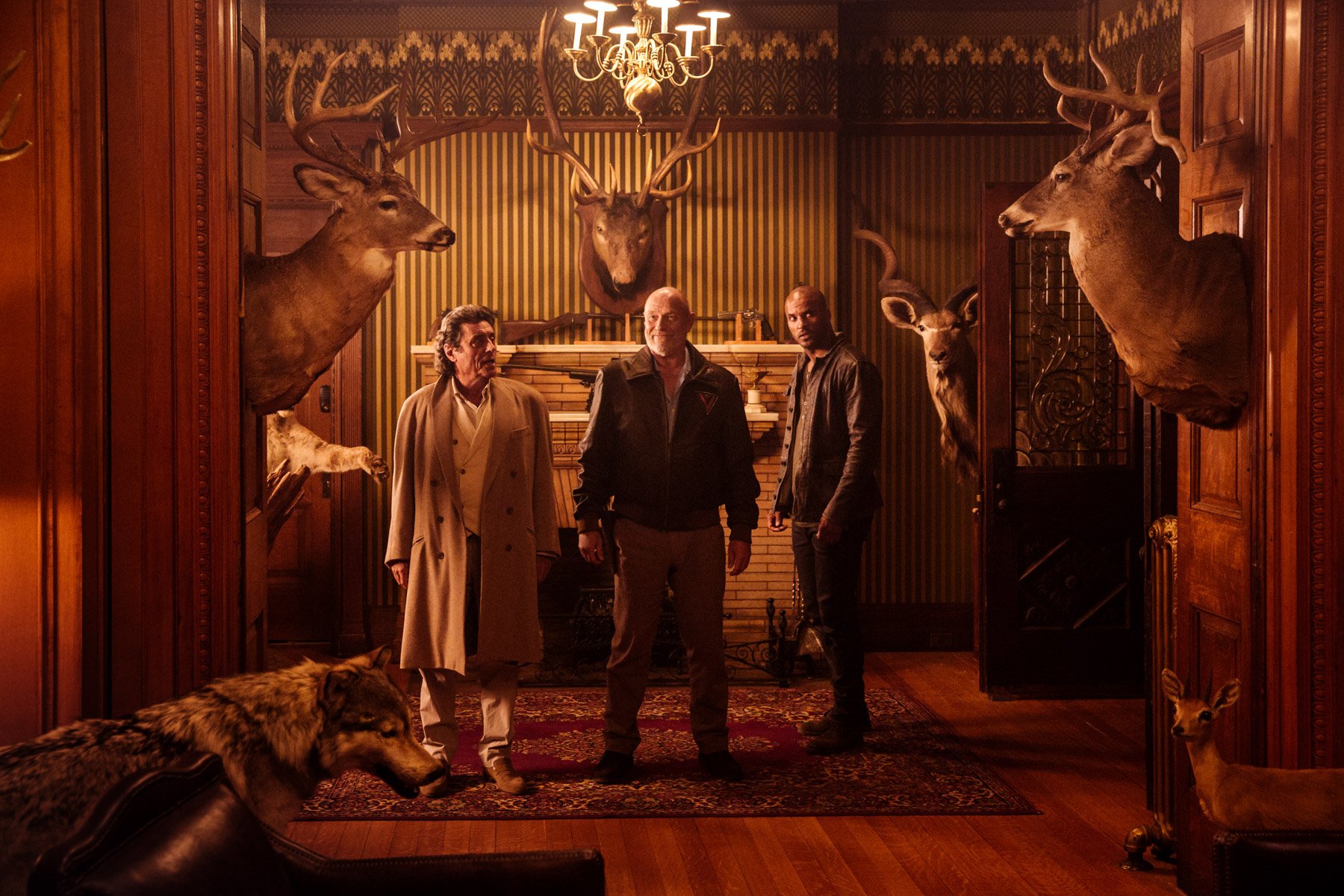 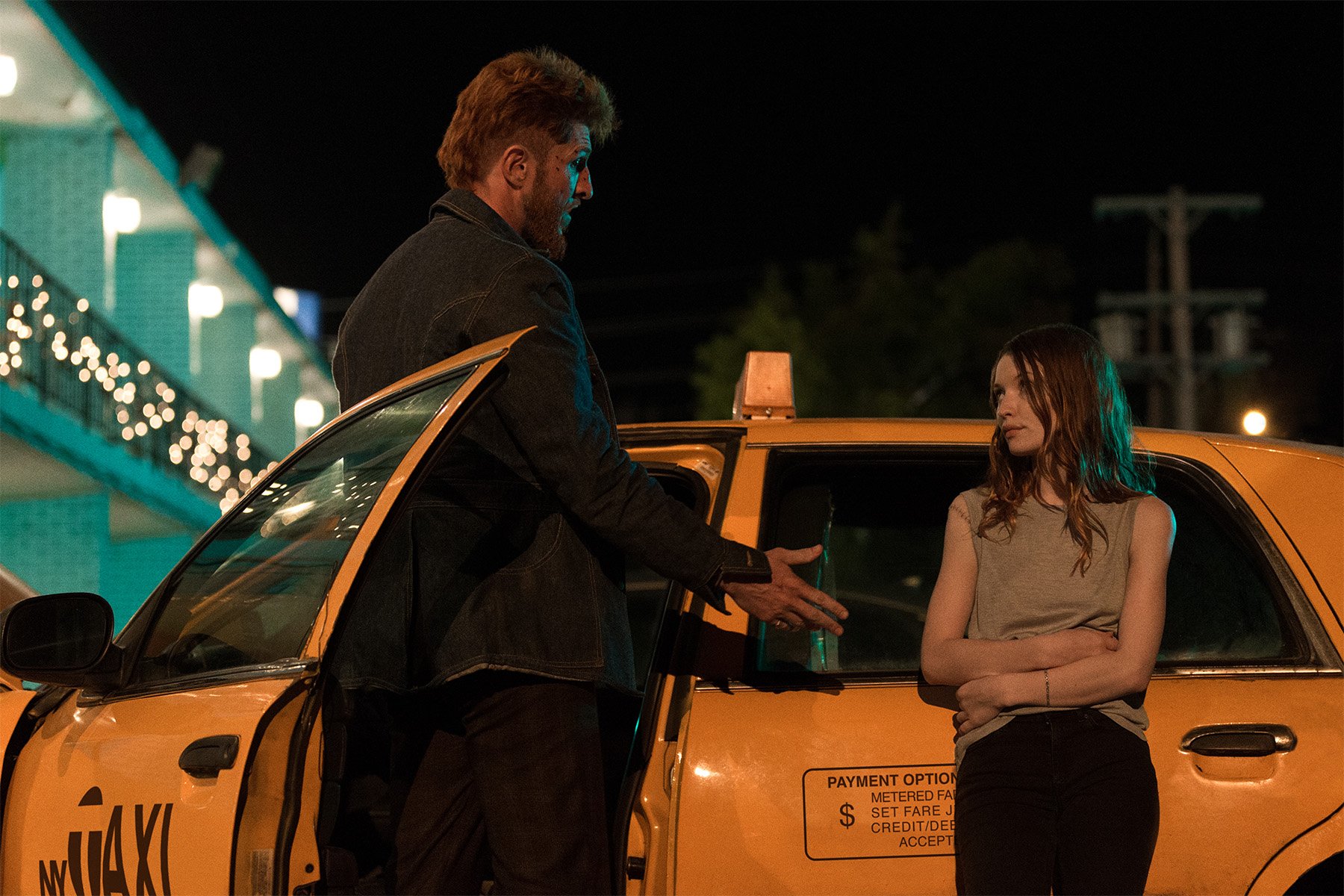 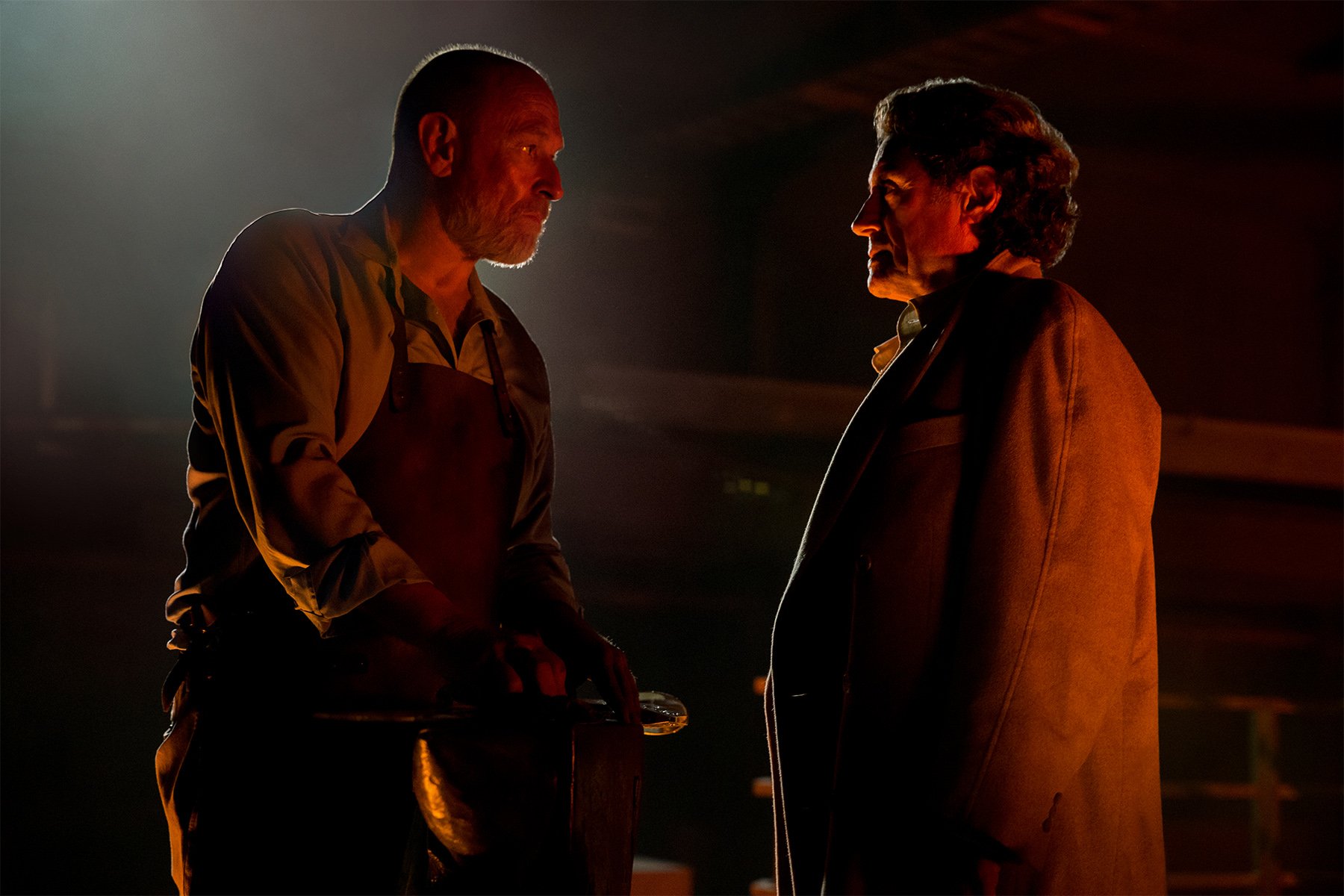