Welcome back, Hannibal Fan Podcast loyalists, it has been far too long. If you are like Christopher, Dave, Doc and Thomas, you too have been missing the Hannibal TV show something awful. The world just isn’t the same without the show on the air. While season three certainly ended on a high note, perhaps the perfect note, no longer having Mads Mikkelsen and Hugh Dancy on every week has left a hole in our TV viewing hearts.

While the 1986 feature MANHUNTER from director Michael is no “Hannibal”, it is the first adaptation of the Thomas Harris novels featuring Hannibal Lecter. The grue-crew recently reunited on the DECADES OF HORROR 1980s podcast to cover that film. We are presenting it here on the Hannibal Fan Podcast for your enjoyment as well. Let us know if you like the idea of covering the films and, with any luck, we can continue to do so. Rumor has it, we may be looking to Silence of the Lambs in the spring to correspond with its Oscar sweep twenty years ago. We want to hear from you. So read below and listen to Decades of Horror 1980s episode 96 covering Manhunter from 1986.

“It is in your nature to do one thing correctly: Tremble.” -Â It’s the first adaptation of a Thomas Harris novel featuring Hannibal Lecter, known in the screenplay as Lecktor. Manhunter brings Red Dragon to life. For Hannibal fans, both the TV show and the Silence of the Lambs series, Brian Cox is Hannibal the Cannibal in 1986. Let the fun begin! Thomas Mariani, Doc Rotten and Christopher G. Moore tackle another gruesomeÂ horror film from the 1980s.

Even since the end of the hit and masterful Hannibal TV series featuring Mads Mikkelsen as Hannibal and Hugh Dancy as Will Graham, the Grue-crew from the Hannibal Fan Podcast have been teasing heading back to the films to review. Well, now Thomas Mariani, Christopher G. Moore and Doc Rotten take the opportunity on Decades of Horror to cover Michael Mann’s adaptation of Thomas Harris’ acclaimed novel Red Dragon. Given the film title Manhunter, the film celebrates its thirty year anniversary. Brian Cox is Hannibal, William Petersen is Will Graham and Tom Noonan is Francis Dollarhyde. Just as the mystery played out on the final episodes of the NBC TV series, the Tooth Fairy evolves into the Red Dragon with Reba McClane’s (Joan Allen) life on the line. “Have you ever seen blood in the moonlight, Will? It appears quite black.” – Hannibal to Will.

While Anthony Hopkins is by far the more well-known actor to portray Hannibal Lecter with Mads Mikkelsen still fresh in fans’ eyes from the recent TV series, Brian Cox is no slouch in the role either. The Grue-crew banter back and forth about his interpretation of the killer along with Petersen’s Will Graham and Dennis Farina’s Jack Crawford. A young Stephen (Avatar, Don’t Breathe) Lang is nearly unrecognizable as reporter Freddy Lounds and Tom Noonan is creepy as hell as Dolarhyde. There’s plenty of comparisons to other films and the TV show as well as a long discussion about director Michael Mann. Ah! Hannibal, how we have missed you. 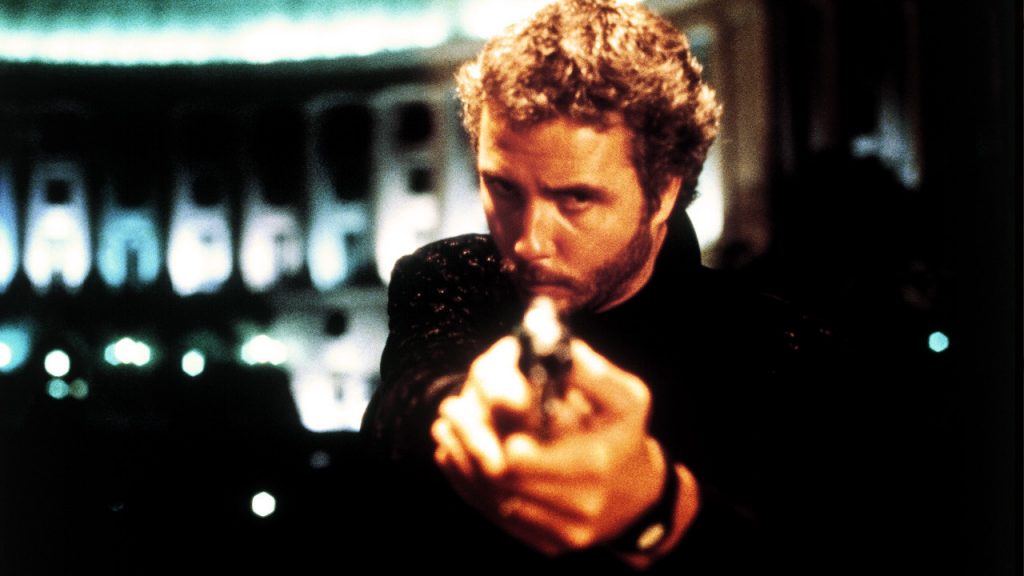