Looking at the carnage of blood, flesh and bones scattered on the gore-scarred ice, Will concludes “It’s not an animal. It’s a man who wants to be an animal.” Episode 9 for NBC’s hit television show Hannibal skirts the supernatural with a man who becomes a beast in Shiizakana. The show dances with the slasher formula with gruesome gory results that have Thomas, Dave, Doc and special guest Christopher G. Moore rabid about this week’s visual treats.

The coolest thing about episode 9 is Will turning the tables on Hannibal proving he is indeed master fisherman, bating and nearly hooking Dr. Lector. But don’t be fooled, Hannibal has a few more tricks up his sleeve quickly steeping in to coach the killer-of-the-week to his next move – attacking Will Graham. Let’s just say “Even Steven” and cut to the chase!

NBC’sÂ HANNIBALÂ trades in subtlety for bright red blood and gore this week as the dialog takes a minor pinch according to Thomas and guest co-host, director Christopher G. Moore.Â Â Regardless, we are all treated to another marvelous, thrilling and engaging episode as we inch closer to that dramatic confrontation between Hannibal and Jack Crawford heavily hinted at during this season’s opening shots. The anticipation is a killer. 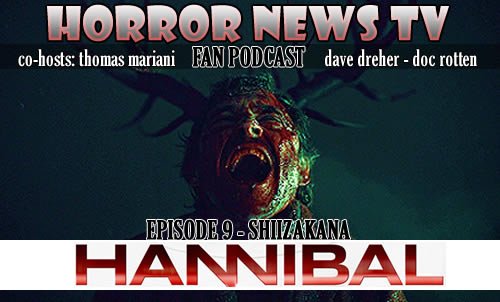 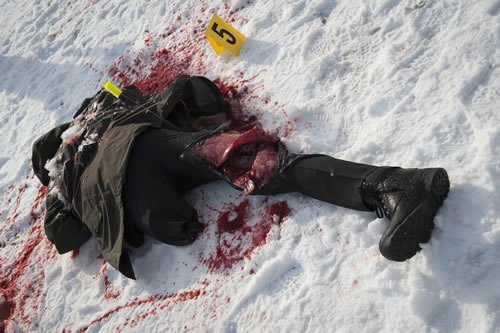